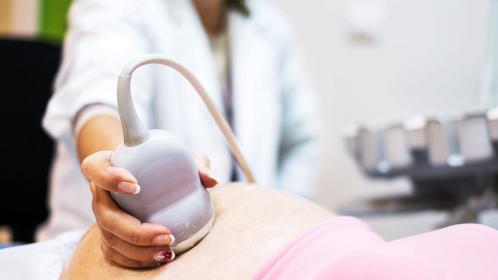 Ultrasound scans that identify major problems in pregnancy are still available in only 13 of the country’s 19 maternity hospitals because a €52 million overhaul has stalled for almost a year. 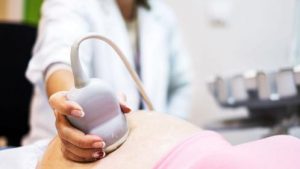 The government has failed to hire a team to deliver the National Maternity Strategy, a commitment by the Department of Health, 11 months after its launch. Access to 20-week maternal ultrasounds are not routinely available in most hospitals despite being a key commitment.

Ireland did not have a national strategy for maternity services until this year. The ten-year plan, which was launched in January by Leo Varadkar, former health minister, was commissioned after the death of Savita Halappanavar from septicaemia after complications in the 17th week of her pregnancy.

The strategy, described as a landmark moment by Simon Harris, health minister, pledged to setting up a women and infants programme, which would be responsible for developing a plan and setting targets, by July.

Almost a year on the HSE has not hired a programme director, clinical director or a director of midwifery. In October it said in a letter to Clare Daly, the independent TD for Dublin Fingal, that it intended to re-advertise the roles.

No progress has been made on the strategy’s commitment to increase access to 20-week scans, known as anomaly scans, to all women. The procedure can identify major and in some cases life-threatening problems with the development of a baby’s organs as well as fatal foetal abnormalities. Privately the scan can cost about €200.

Last year reported that access to the scans was scarce outside Dublin.

A letter from the HSE to Louise O’Reilly, the Sinn Fein TD for Dublin Fingal, in October said that anomaly scans were routinely available at three Dublin maternity hospitals; Cork University Hospital and the University Hospital Galway. The health service has spent three years trying to hire a specialist to deliver the scans in Cavan General Hospital with no success. The maternity unit at University Hospital Limerick offers the scans only if they are “clinically indicated”.

“That doesn’t make sense — ultrasound scans are what you use to clinically indicate if something’s wrong,” Ms O’Reilly said. “Like a lot of maternity services in this country, it’s purely barbaric that a very simple, very basic procedure which is offered as a standard in most other European countries still isn’t available to all women.”

She added that without the scan doctors and mothers in rural areas were not prepared for babies with life-threatening anomalies who need urgent specialist care after they are born.

“I know of several women who, had they had a scan and known that they were carrying a baby with a fatal foetal abnormality they wouldn’t have chosen to terminate the pregnancy but at least they would have been able to make plans,” she said.

The Department of Health told  that standardised access to ultrasound services would be phased in over the next decade.

The only measures implemented so far from the National Maternity Strategy have been the publication of national bereavement guidelines for stillbirths and the loss of babies and a requirement for all 19 maternity hospitals to publish monthly patient safety statements.

Ms Daly said that she was concerned that the strategy would join other HSE documents that were never fully implemented, such as the Vision for Change plan for mental health.

“The words ‘deadline’ and ‘budget’ aren’t mentioned once in the 132 pages of the strategy. The list of ‘actions’ read like no more than aspirations. There are no concrete timelines and they’re not costed. Everything points towards this strategy going the way of a Vision for Change and gathering dust while services get more and more chaotic and dangerous,” she said.

She added that the state was losing millions in claims against the HSE for poor care because maternity services had not been reformed.

Maternity services are the source of more court cases against the HSE than any other kind of clinical care, according to the State Claims Agency. The state spent €58 million on legal challenges relating to maternity care in 2014 — more than half the amount set aside for all clinical care cases.

The National Maternity Strategy, if implemented, would oblige the state to ensure that maternity services were appropriately funded.

The HSE said that it had allocated an extra €3 million for maternity services this year and planned a further €7.3 million boost next year. Mr Varadkar said that the area would get an extra €9 million a year between 2017 and 2020 and €2.5 million extra from 2021.

The HSE did not respond to requests for comment.

Mr Harris, the health minister, accepted in the Dail last week that the National Maternity Strategy had not put into practice “in any way, shape or form”.

“We have to get on to implement it,” he said.

“We are using the same model to implement it as was successfully used by previous governments to implement the national cancer strategy. Rather than it just being a strategy, there will be a national women and infants health programme within the HSE to drive it and, by any objective standard, that attaches a priority to its delivery and implementation.” 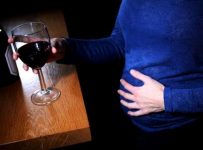