Britain is facing a crisis in recruiting head teachers, with hundreds complaining of high pressure and insufficient pay as they quit and retire early. 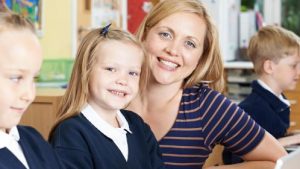 One in ten schools is losing its head teacher each year, research  reveals. Schools have been left without a head for up to three years, while one school employed six heads in five years and another had to advertise a vacant post seven times before finding a suitable candidate.

Some councils have seen more head teachers leaving in the past five years than the number of schools in the area.

Schools are blighted by a revolving door of head teachers as many of them retire or take early retirement, leave the profession, take up opportunities abroad or plug gaps at other schools.

Rural councils said heads were tempted elsewhere by bigger salaries and urban authorities said candidates were shunning schools because of the high cost of living. Heads at non-academy state schools earn between £44,000 and £108,000 a year depending on experience and school size while deputies, who have fewer responsibilities, can be paid up to £107,000 — meaning many are reluctant to step up.

The situation is exacerbated by more executive headships at multi-academy trusts, which spreads the supply of heads even thinner.

Freedom of information requests by The Times showed that almost 1,000 heads left their post at an English school in 2014-15. If the response from 80 councils was extrapolated across England, it would account for 1,843 schools out of a total of 16,754, excluding academies and nurseries. This is 11 per cent of the total.

Over a five-year period, 4,000 head teachers left schools in 76 local authority areas. An exact proportion cannot be calculated because it is not clear how many of these schools converted to academy status or how many lost more than one head during that time.

Councils complain of a lack of high-calibre candidates and particular problems for faith schools because of the need for heads to be of the relevant religion. More faith schools are set to open because of a government green paper lifting the cap preventing them from admitting only pupils from their religion. Schools in 35 areas had lost more than one head teacher per school within five years and there were at least three changes of heads at schools in 14 areas within that period.

Over a five-year period in Dudley, 30 schools got through two head teachers, 12 had three heads and two had four heads. A spokesman for the council said: “We have a poor response for headship appointments and most schools have to re-advertise a second time.” East Sussex had two schools with five heads, including interims.

Gloucestershire also had a school that appointed five heads in five years while Poole had four heads at four schools over the same period.

Head teacher recruitment can be difficult due to high costs of living, low numbers of applicants and the small size of some school headshipsWest Berkshire council

West Berkshire also had four schools with four heads, and one school that had six heads in five years. A council spokesman said: “Head teacher recruitment can be difficult due to high costs of living, low numbers of applicants for posts and the small size of some school headships that have been vacant.” Ten councils said schools in their area had been left without a permanent head for more than two years. A spokesman for Shropshire, which had one school left without a head for 21 months, said: “It is becoming more difficult to recruit head teachers . . . to small rural schools. It is also increasingly difficult to recruit to Catholic schools.”

A school in Tower Hamlets in east London was left without a head for two years. A council spokeswoman said: “Recent head appointments have had few applicants who have the suitable skills and experience to be shortlisted for positions.”

Previous research by the National Association of Head Teachers (NAHT) showed a deficit of 2,000 to 3,000 school leaders in the system out of 64,000, including deputies and assistant heads.It found schools were spending up to £200 million a year on recruitment and that 30 per cent of adverts for head teachers last year received no applications. It said that there could be a shortfall of 19,000 leaders by 2022.

That report claimed that problems were particularly severe for secondaries and those in rural areas, but  research found recruitment issues across both primary and secondary schools, and in most regions.

Yesterday the NAHT said that the latest findings illustrated the problems facing the profession. Russell Hobby, its general secretary, said: “As this research shows, it is proving difficult to recruit head teachers in all parts of the country. Many talented candidates are put off by government bureaucracy that distracts from a focus on good teaching.”

A Department for Education spokeswoman said: “Nine in 10 schools were rated as good or outstanding this year for their leadership and management and since 2010 the proportion of schools reporting a head teacher vacancy has decreased.”

Analysis: Top job may not be worth the hassle

Reports abound of six-figure remuneration for academy heads but the reality is different, particularly in rural areas and for small schools overseen by local authorities, where salaries can be less than £45,000 a year.

For some, the step up from deputy or assistant head is not worth the hassle. The salary rise is not significant in many cases. Deputies at local authority schools earn a minimum of £38,600, rising to a maximum of £107,000 a year in London. Heads describe a football manager syndrome among governing bodies, who expect outstanding Ofsted ratings and exam results to match. This, combined with the pressure to adapt to a frequently changing curriculum, numerous government dictats and reams of bureaucracy, has led many to take early retirement or leave the profession.

Recruiting and retaining teachers adds to the stress. Two fifths of respondents to a survey by the National Association of Head Teachers said they had used senior staff to cover teaching shortages.

One head in Suffolk described teaching for three days a week to cover vacancies in the last two terms and said: “Recruitment and retention is now taking up extraordinary amounts of time.”

Head teacher recruitment is said to be a particular problem for secondary schools, especially in deprived parts of England. Although they bear the brunt, they are not alone — primary schools are also affected. Those paying the price are children, who are inevitably exposed to the turmoil. 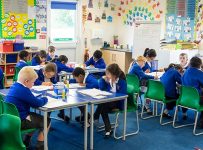 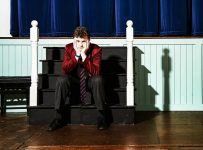 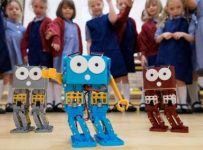