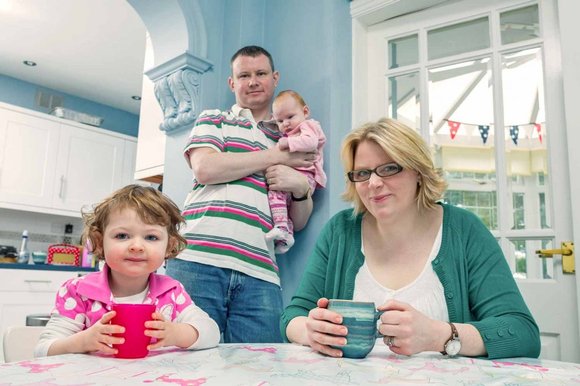 HOUSEHOLDS could save more than £6,000 next year by overhauling their finances, switching utility provider and taking advantage of cheap mortgage rates to beat the squeeze on the cost of living. 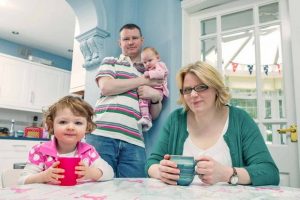 Families face several more years of careful budgeting as a result of low salary growth, despite indications that the economy is bouncing back.

The Office for Budget Responsibility, the independent forecaster, has warned that real wages — adjusted for inflation — will not return to pre-crisis levels of growth until 2016, putting household budgets under pressure.

A report by the insurer Aviva released yesterday found that two-thirds of families were worried about a further spike in the cost of basic necessities, such as energy and food.

However, analysis by moneysupermarket.com, savingschampion.co.uk and the broker London & Country Mortgages shows that significant cuts in household spending can be made — potentially saving a family more than £6,000 on average next year.

The Bank of England has pledged to keep interest rates on hold at their historic low while the unemployment rate remains above 7%, but it may revise that threshold down if the jobless figures continue to tumble.

Therefore, most economists do not expect a rise in Bank rate from the current 0.5% until 2015 at the earliest. Capital Economics, the consultancy with a good track record of predicting interest rate movements, does not forecast any increase until 2016 (see panel).

However, many householders are sitting on expensive standard variable rate (SVR), which mortgages revert to at the end of a deal.

Switching from this to take advantage of record cheap fixed-rate mortgage deals could save thousands of pounds in interest each year.

Returns on deposits have remained paltry this year, with many rates stuck below inflation. National Savings & Investments this month announced a cut to its popular Direct Isa account from 1.75% to 1.5%, hitting 300,000 savers.

But there is hope returns could improve next year. Anna Bowes of the online adviser Savingschampion said: “There has been competition in fixed-rate accounts for a few months.”

One of the highest rates on the market is from Skipton building society, which is paying 3.5% for those who lock away their cash for seven years.

However, with Bank rate set to rise in the next two years, experts argue it may be better to stick to shorter-term fixed-rate accounts. Shawbrook Bank is paying 2.4% for two years.

Someone with £30,000 in savings on an easy-access savings account with Ulster Bank, paying 0.01% AER, would get £720 a year after basic rate tax with the two-year fixed-rate bond with Shawbrook. You have to apply online or by post for the rate. Saving: £717 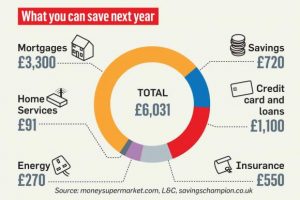 Kevin Mountford, the head of banking at the comparison site Moneysupermarket, said: “We have seen some of the lowest personal loan rates ever this year, which is great for consumers making a big purchase that can be paid off over time. Someone taking out a £7,500 loan over five years could save £538 a year by switching to HSBC — which has a 4.8% rate for the bank’s existing customers — compared with the average rate of 5.72%, according to Moneysupermarket.

Take a look at your credit card as well. Mountford said: “Balance transfer credit cards have seen a resurgence with some of the best interest-free periods on offer now at 29 months.

“The devil is in the detail, however, and the fees for the privilege of a long-term, interest-free period have also been on the increase.”

Switching from a credit card with an average rate of 18.15% to a Barclaycard Platinum, which has 29 months of free balance transfers, could save £521 for a £4,000 balance transfer.

Andrew Hagger of the adviser Moneycomms said: “If you always pay off your card balance in full every month, look for a card that gives you some cashback or rewards in return for your loyalty.”

Insurance premiums have fallen on average this year for both cars and homes, so it is worth shopping around instead of automatically renewing your existing policy.

Clare Francis of Moneysupermarket said: “Don’t just take your insurer’s renewal quote at face value. It may seem as if your insurer is offering you value for money in return for your custom, but now is the best time to shop around for alternative cover while insurance premiums are still low.”

You can save an average of £96 a year by shopping around for a cheaper deal on home insurance and £449 on car cover, according to Moneysupermarket research. Saving: £545

Sharply rising prices have been a big concern for households. All of the “Big Six” energy companies announced an increase to prices in the second half of 2013, with many blaming the Government’s green levies for the rise in prices.

George Osborne’s autumn statement then announced a reduction in green levy, which should see £50 on average being shaved from a typical household energy bill.

It will still pay to shop around. “If you are on a fixed-rate deal without an exit penalty, it is worth comparing prices once all of the reductions have been implemented to see if further savings can be made.”

Picking the right phone, internet and entertainment package could save you money. Paying for your phone, internet and a basic TV package separately would be almost £8 a month more expensive than the £36.90 TV variety pack with Sky Broadband Lite, according to Moneysupermarket.

Kate Murphy from the comparison site said: “If you’re looking for a basic TV package to go with phone and broadband, bundling can still offer some big savings, though channels such as Sky Sports come at a significant premium.” Saving: £91