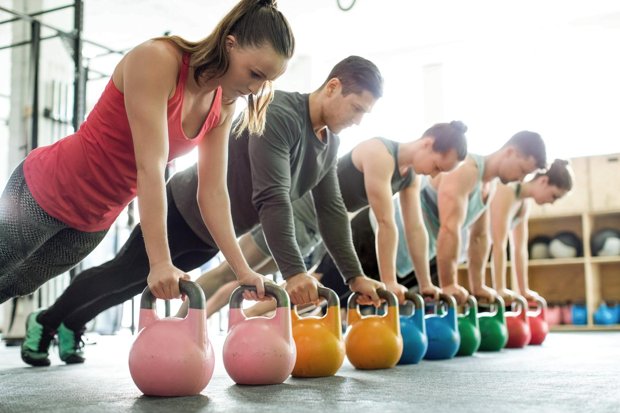 Those of you who made a new year’s resolution and are sticking to it will be thrilled to discover you are doing better than most. 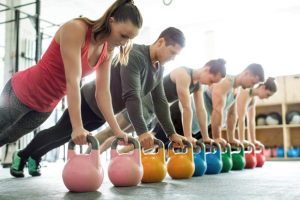 The third Friday of January is known as “fail Friday” because according to surveys it is the date by which most of us have given up. But let’s assume that getting fit was on your list and that you haven’t already started and stopped. Here are five things to consider before you start pounding the streets.

Should you exercise before or after breakfast?
Some swear by an early morning run; others can’t drag themselves out of doors until they’ve had a decent breakfast. Which is the best strategy for fat-burning? The answer, surprisingly, seems to depend on whether you are a man or a woman.

We recently did an experiment on Trust Me, I’m a Doctor where we asked a brother and sister to exercise vigorously before breakfast and then, a week later, to do the same 30 minutes after downing a carb-rich liquid breakfast. It was a liquid meal because we were keen to control exactly how many calories they consumed.

We carefully measured how much fat they burnt over the next few hours and found that the male subject, Josh, burnt 10 per cent more fat if he exercised on an empty stomach and ate soon after, but for his sister Jess it was the reverse. She burnt 25 per cent more fat if she consumed her calories before exercising rather than soon after. This surprised me but it didn’t surprise Dr Adam Collins, from the University of Surrey, who conducted the test for us. He has seen this in other volunteers.

We wanted to see what would happen if we got a larger group of people to do repeated bouts of exercise, several times a week for several weeks, so we recruited 13 men and 17 women who weren’t particularly sporty, and for 4 weeks they all took part in 3 supervised exercise classes a week. The classes consisted of high-intensity training, Zumba and spin classes.

We gave our volunteers a “meal” drink before and after each exercise class. Some of the drinks had calories in them and some didn’t. None of our subjects knew which was which. We did this because we didn’t want them to change how hard they pushed themselves.

After four weeks they all came back to the lab to be retested and, as with our earlier demo, we found that the men burnt considerably more fat if they consumed their calories after exercising, while with the women it was the other way round.

So what was going on? Well, it’s all a bit speculative at the moment, but here’s one explanation. When it comes to fuelling exercise, our bodies have a choice of two energy sources, fat or carbs. Men have a greater tendency to burn carbs. If we have carbs in our system (ie, lots of glucose in our blood and muscles) we burn this in preference to fat. It’s only when our carb supplies run low that we switch into fat-burning mode.

So if a man exercises on an empty stomach, perhaps first thing in the morning after an overnight fast, he’s carb-depleted and more likely to turn on the fat-burners. If on the other hand he exercises after a carby breakfast (cereal, toast) then the fat-burners remain switched off.

With women it’s different because women tend to have more body fat and less muscle mass than men. Women are better at releasing fatty acids into their blood to be used as fuel.

So it doesn’t matter hugely to a woman if she has breakfast before exercising or not. A light snack or a small bowl of porridge eaten 30 minutes before running won’t do any harm. The important thing, however, is that she doesn’t then have a carb-rich meal soon after exercising because this will interfere with her body’s ability to burn fat.

According to Collins, “If a woman wants to maximize fat burning she should wait at least 90 minutes after exercising before she starts eating.” So it’s a bad idea, if you’re female, to have that croissant after a bout in the gym.
Should you pound the pavements or toil on the treadmill?
It’s a question that inspires passionate responses from devotees of both kinds of running, but who’s right? Those who love the great outdoors claim that you’ll burn more calories if you run in the open air. Running outside uses up more energy than running on a treadmill, they say, because of wind resistance.

Not true, the treadmillers reply. A study conducted at the University of Exeter showed that you can easily compensate for this in the gym simply by setting your treadmill to a 1 per cent gradient.

OK, the wind-blown athlete responds, but people who are running on a treadmill don’t push themselves as hard. A study from 2012 found that running on a treadmill can distort your perception of speed. When volunteers were asked to match their outdoor running speed while on a treadmill, they ended up running significantly slower. This suggests that not only do we work harder when we run outside, we do so without even realising it.

Well, perhaps, the gym rats grudgingly concede, but when it comes to injuries there are clearly fewer hazards with treadmill running. You are far less likely to get run over or slip in dog faeces.

Yes, the free spirit responds, dogs are less of a hazard in a gym, but you are at greater risk of wearing out your joints or ligaments and ending up with an overuse injury. That’s because on a treadmill you tend to do the same motion over and over again

The great joy of running outside, particularly if you are running off road, is that each step is likely to be different to the one before because you are running on uneven and varied terrain. This strengthens the ligaments and activates a greater variety of muscles, as well as teaching the body better balance.

What’s more, exercising outdoors is better for lowering stress and blood pressure. Plus you get more exposure to the sunshine and therefore to vitamin D (although at this time of year that’s not a particularly convincing argument).
How long do I have to run for?
Another question to ask yourself before you lace up your shoes and venture outdoors is: how far are you planning to run? Clearly, running is going to be better for your heart than sitting on the sofa, but if you don’t particularly enjoy running, how much should you do?

Well, Professor David Spiegelhalter of the University of Cambridge has crunched the numbers and concluded that if you are bone idle and start exercising for 20 minutes a day, that will add about an hour to your life each time you do it.

However, the benefits, at least in terms of life expectancy, then drop off pretty dramatically. Because the next 20 minutes of exercise you do each day only buys you an 15 extra minutes of life. So if you don’t enjoy those extra 20 minutes puffing round the track this is not such a good deal.

About 30 minutes of moderate intensity exercise, five times a week, seems to be the sort of figure to aim at.
Should I do a warm-up?
Something almost every runner does is static stretching — bending over and touching their toes — in the belief that this makes muscles more flexible, warms them up and reduces risk of injury.

Is this helpful? Probably not. A review article in Sports Medicine called “Stretching and Injury Prevention”, concluded that if the sport involves a lot of stop-start (such as in football) then you might get benefit from stretching. If you are running, jogging or swimming then the evidence is that stretching has “no beneficial effect on injury prevention”.

If you want to stretch before you start, make it dynamic, with movements such as arm circling and side-stepping. Dynamic movements send a message from your brain to your muscles that says: “Get ready to work out.”
Will I lose lots of weight?
Many people take up exercise in the hope that it will help them stick to the most common new year’s resolution of losing weight. Unfortunately exercise alone is unlikely to achieve this. The good news is you burn an extra 100 calories or so when you are running a mile than when you are sitting on the sofa. Although this is obviously a rough figure and depends on your weight and the speed at which you run.

The bad news is that there are nearly 8,000 calories in a kilo of fat. Which means you would need to run about 80 miles to burn off that kilo of flab. And if you reward yourself after a run with a muffin (400 calories), that’s four miles wasted.

There are many benefits to be had from doing exercise but shedding lots of weight isn’t likely to be one of them. 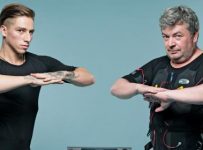 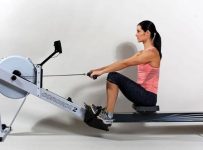